To have the optimal experience while using this site, you will need to update your browser. You may want to try one of the following alternatives:

How Erie Became to Be! 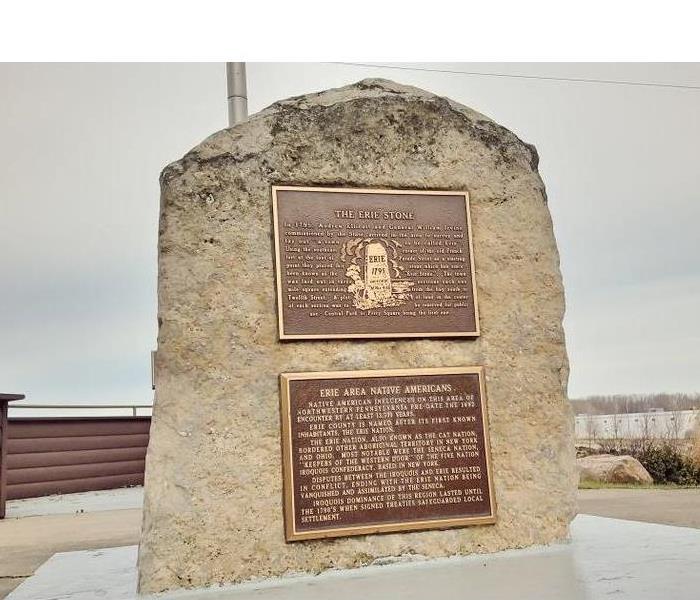 The Erie Stone on Parade St.

In 1795, Andrew Ellicott and General William Irvine were commissioned by the State of Pennsylvania to layout the town of Erie. PA.  At the foot of Parade St. is a stone known as the “Erie Stone”, which is the starting point to laying out the town. This information can be read on the “Erie Stone”; it is inscribed there. The town was laid out in three sections, each one mile square extending from the bay south to Twelfth Street. Each section of land had a center which was to be reserved for public use, such as a park. Central Park and Perry Square were the first public areas.

SERVPRO of West Erie County is proud to be part of the Erie Community.